Over the years Vale has worked on many commercial and prestigious projects throughout the world. These have ranged from extravagant folly’s which have really stretched both our imagination and design skills, to luxury extensions on some amazing buildings and hotels. We are incredibly flexible in the way we work. Here are just some of the projects we have been involved with.

The Aviary at Waddesdon Manor formed the creative springboard for this freestanding metal structure. Our design and creative team spent hours sculpting the lattice and decorative scrolls along with a vast quantity of shells and other fine detail that went into the structure. This fabulous project looks out over the bay of Nice and was designed as an open loggia for outdoor entertaining. 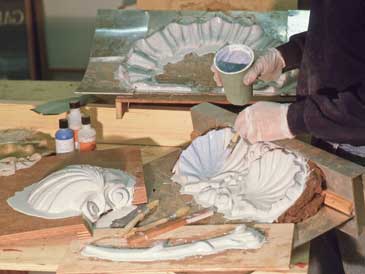 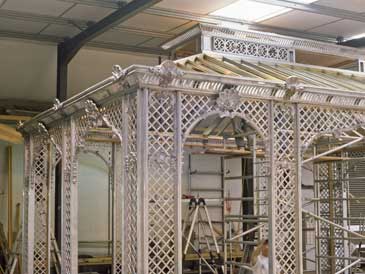 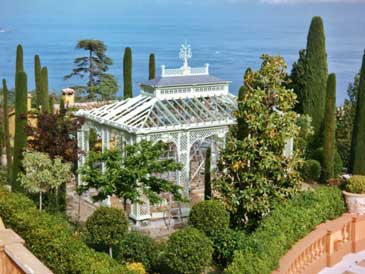 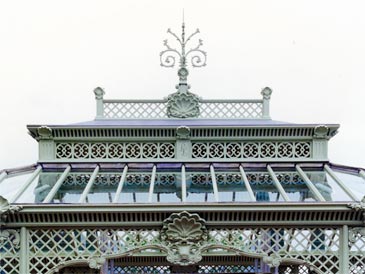 We have now completed several commercial projects for our client in Japan including an elaborate free standing glass house with a copper domed roof to his Chocolate factory and a 52 metre continuous loggia around the perimeter of Sapporo football stadium. Finally, a beautiful conservatory to his own home. All projects in Japan are designed and built to cope with excessive snow loads and earthquakes. 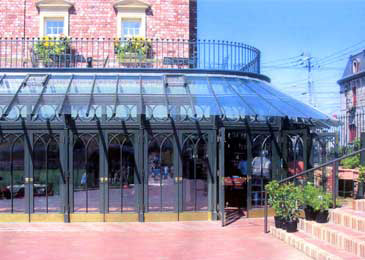 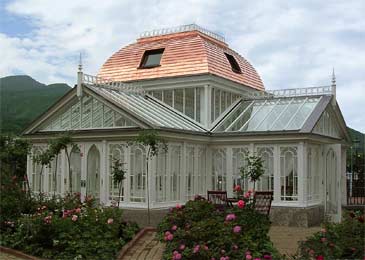 The Grand Hotel in Brighton is an iconic British historical building. Architects working on renovations of the building were impressed with Vale’s Metal Clad system and felt it would be suitable given the exposure of the site and salt air conditions. Vale were subsequently commissioned to build this large dining conservatory and entrance canopy. 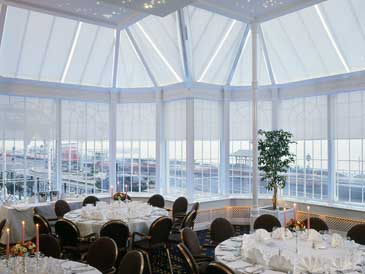 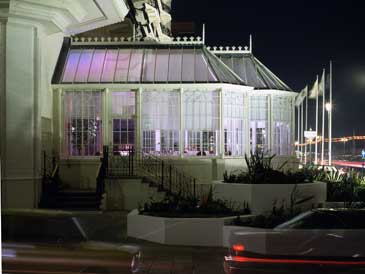 Originally built as a Cistercian Abbey, Coombe Abbey is now a fabulous hotel with Grade I Listing. The current owners approached Vale to design a unique extension to be used for additional dining and a function room. The conservatory proved so successful that they have since returned to Vale and added two additional wings. 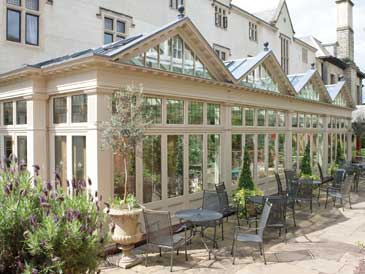 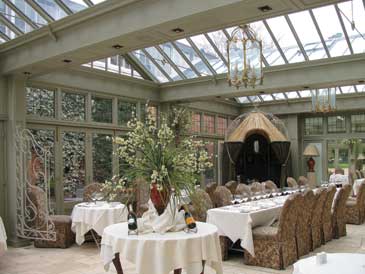 Kastel Maurick is a fine brick built castle dating back to 1400, embellished with fine brickwork and decorative detail. The conservatory which was added to the grounds provides a prestigious restaurant for owner and chef. At over 180 metres square, it remains to this day an important facility for the hotel for larger functions and weddings. 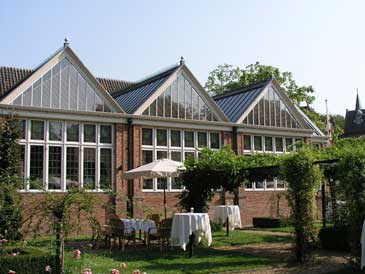 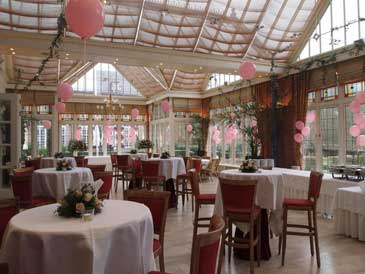 The site dated circa 1400 was originally built as a monastery. It was carefully restored by the current owners and turned into a restaurant and venue for weddings. The octagonal building measures over 10 metres in diameter and incorporates extensive detailing both inside and outside of the building. 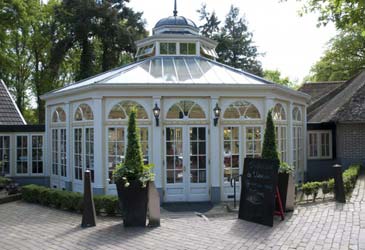 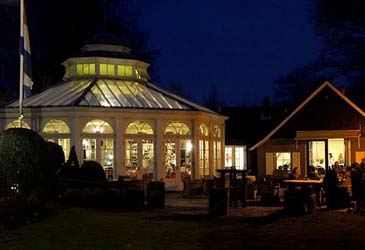 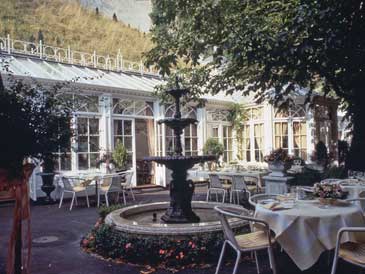 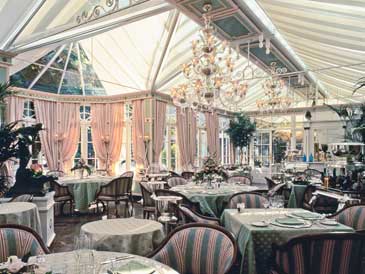 Tankardstown House is a boutique hotel set in County Meath, Eire. The clients approached Vale as they needed inspiration to optimise a large courtyard space. The result is this splendid orangery which now takes pride of place and is used for entertaining and larger functions. 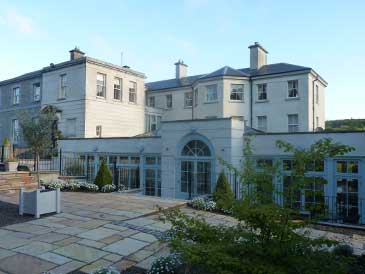 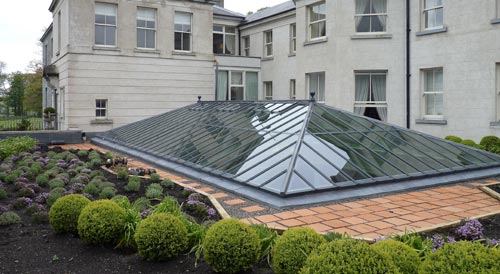 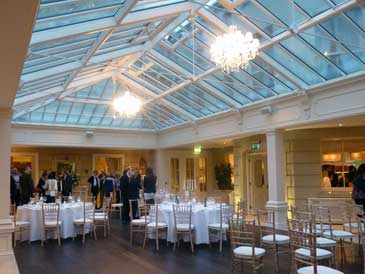 The replacement glasshouses at Stormont Castle in Belfast, Northern Ireland retains its Victorian glasshouse style with one side being a single glazed plant room and the other providing state-of-the-art facilities and meeting venue, playing host to many celebrities and politicians.

Langar Hall is a beautiful Georgian country house set in stunning open countryside. This luxury hotel is well known by gastronomic enthusiasts and we were commissioned to provide a conservatory to extend their dining facility. Important to the design were fold out screens cleverly concealed behind the internal columns. 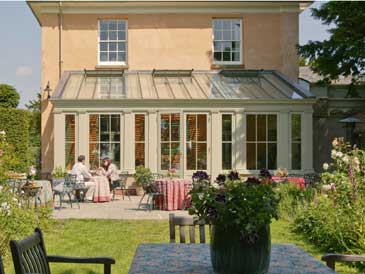 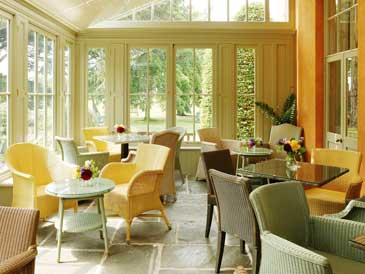 A unique waterside venue situated in Babbacombe Bay on the South Devon coast. The inn was refurbished in 2009 by the current owners. The conservatory was built to create additional dining space with views over the sea and leading onto the terrace.